The perils of live performance: when a violinist breaks a string – see video! 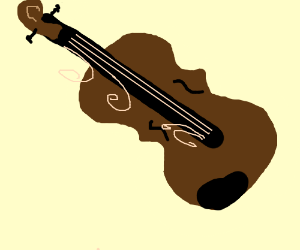 This happens sometimes: you’re performing and something goes wonkers with your instrument – both string players and pianists will occasionally break a string mid-performance. In this case, it happened with violinist Ray Chen, who was performing a violin concerto while touring with the Taiwan Philharmonic.

When a violin concerto soloist breaks a string, the normal procedure is to swap violins with the concertmaster, so the soloist can carry on as seamlessly as possible. The concertmaster, who is responsible for the string section, may have to continue playing as well, so he or she will do another violin swap with the associate concertmaster.

This can be quite nerve-wracking during a performance, especially as you’re used to playing on your own instrument and adjust your strings based on what you’re playing, as well as the acoustics of the hall. Chen was so prepared, he had a spare string in his pocket, which he tosses onto the floor. I had to watch this video a few times to process what was going on – the associate concertmaster is taking the broken string off Chen’s violin, and at the end of the video, reaches for the spare string to re-string his violin – or to have someone behind her do it. Everyone pitches in (see what I did there) without missing a beat (oo, did it again). #teamwork