Beethoven’s 250th celebrated all across the GTA in 2020

2020 is the 250th anniversary of the birth of Beethoven. To mark this momentous occasion, presenters everywhere are programming all kinds of Beethoven-related concerts. Beethoven’s birthday isn’t until December (he was baptized on December 17, so December 16 is widely regarded as his actual birthday) so expect to see concerts commemorating him off the top in 2020 or later in the calendar year as we get closer to December.

Here’s how various concert presenters are paying homage to Beethoven: 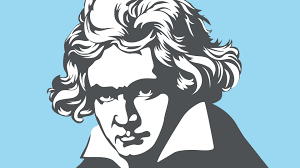 Toronto Symphony Orchestra
The TSO is celebrating Beethoven’s 250th year right out of the gate with concerts later this month – Beethoven 7 and Young People’s Concerts’ Beethoven Lives Upstairs but there’s more for the 20-21 season. Interim Artistic Director, Sir Andrew Davis, explains: “The Toronto Symphony Orchestra is celebrating the 250th anniversary of Beethoven’s birth this season with four of his symphonies, two piano concertos, and the violin concerto, as well as the relatively unknown King Stephen Overture. I have included this piece because I believe that such a celebration should include some lesser known works as well as justly popular masterpieces. You will have to wait for the announcement to find out what is in store for next season!” (Details are usually announced late January or February.) 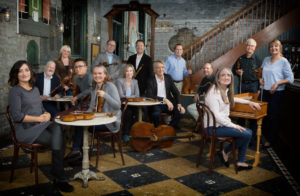 Tafelmusik
Here’s what Music Director Elisa Citterio has to say: “For more than a quarter century, Tafelmusik has been known for trailblazing period performances and recordings of Beethoven’s symphonies — interpretations that unearth new sounds and textures from these well-known works. Tafelmusik was the first orchestra in North America to record all nine Beethoven symphonies on period instruments! I’m excited that we will mark the 250th anniversary of Beethoven’s birth during our 2020/21 season. Be sure to visit tafelmusik.org in mid-February when we announce details of our new season.”

Toronto Mendelssohn Choir
The Toronto Mendelssohn Choir has been singing Beethoven’s 9th Symphony for over a hundred years. Beethoven’s 9th, the Choral Symphony, includes Ode to Joy. The Choir regularly performs this work with the Toronto Symphony Orchestra and other orchestras. Beethoven’s 9th is part of the Toronto classical musical landscape. In February 1906 the Choir performed it with the Pittsburgh Orchestra under conductor Emil Paur, and it was this performance that made the reputation of the Choir in the United States and led to performance tours to New York and Buffalo. The TMC encourages you to check back with the TMC site through the season.

The Royal Conservatory / Koerner Hall
Mervon Mehta, Executive Director, Performing Arts, The Royal Conservatory of Music talks about the Beethoven year: “250 years after his birth, Beethoven’s music and the musical innovations he left for others are heard every day in countless concert halls, conservatories, living rooms, and ear buds around the world. We are all still learning and trying to figure him out. We are celebrating throughout 2020 with the concerts listed below, concluding with a major festival in November and December 2020 to be announced this February. The festival will include several partner organizations, education events, film, and two world premieres.”
–Louis Lortie on Sunday, January 26, 2020 3pm
–Daniil Trifonov on Friday, February 21, 2020 8pm SOLD OUT
–Takács Quartet on Sunday, February 23, 2020 3pm
–Kyung Wha Chung with Kevin Kenner on Friday, March 6, 2020 8pm
–John O’Conor and Beethoven on Sunday, March 15, 2020 2pm
–Pamela Frank with Emanuel Ax on Friday, April 3, 2020 8pm
–Matthias Goerne with Jan Lisiecki on Friday, April 24, 2020 8pm
–Bomsori Kim with Rafał Blechacz on Saturday, April 25, 2020 8pm 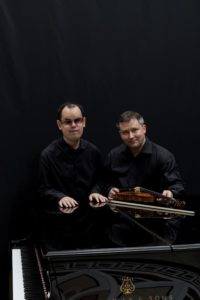 The Canadian Opera Company Free Concert Series
Dorian Cox, Program Manager, Free Concert Series, told us what’s coming up: “Beethoven continues to inspire artists of the COC’s Free Concert Series in the Richard Bradshaw Amphitheatre. Beethoven was the original bad boy… tossing aside social convention, writing volatile and explosive music, and baring his angst for the world to hear. And yet, his music is full of tenderness and beauty. It’s this contrast of raw and real emotion that speaks to a universal human experience and still finds resonance today. #relatable We end our 2019/2020 season on May 28, 2020 with a program centered on Beethoven’s Violin Sonata No. 1 in D Major. It will be performed by Austrian violinist Wolfgang David and Japanese pianist Takeshi Kakehashi, who has been blind since birth.”

Toronto Summer Music Festival
Jonathan Crow, Artistic Director, summed it up this way: “Beethoven and his music will always conjure ideas of universal expressions of the human spirit that transcend the ‘Classical’ or ‘Romantic’ labels that history has given them. Celebrating Beethoven also celebrates experimentation – revelling in music both ahead of its time and symbolic of its own time. We want to shine a light not only on Beethoven’s significant oeuvre, but to draw attention to how his music echoes through generations, influencing composers and performers to this day. From new orchestral works, to pop songs, film scores, and contemporary chamber music, this master’s voice from the past can be heard in so many genres and artistic forms of the present.” TSMF launches the 2020 season on March 3. 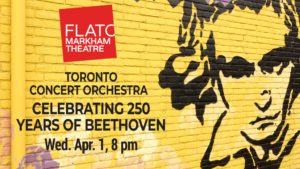 Flato Markham Theatre
Eric Lariviere, General Manager, offered his thoughts: “Beethoven’s role in history is well-cemented as being one of the most influential and famous of the classical composers. Beethoven’s legacy unites the community, bringing joy to young and old. In an age where diversity and inclusiveness are celebrated, Beethoven proved that adversity could not stop genius. The Flato Markham Theatre celebrates the 250th anniversary of his birth with a concert in 2020 on Wednesday April 1st by the Toronto Concert Orchestra.”