Proud Sponsor of these Winter Events… 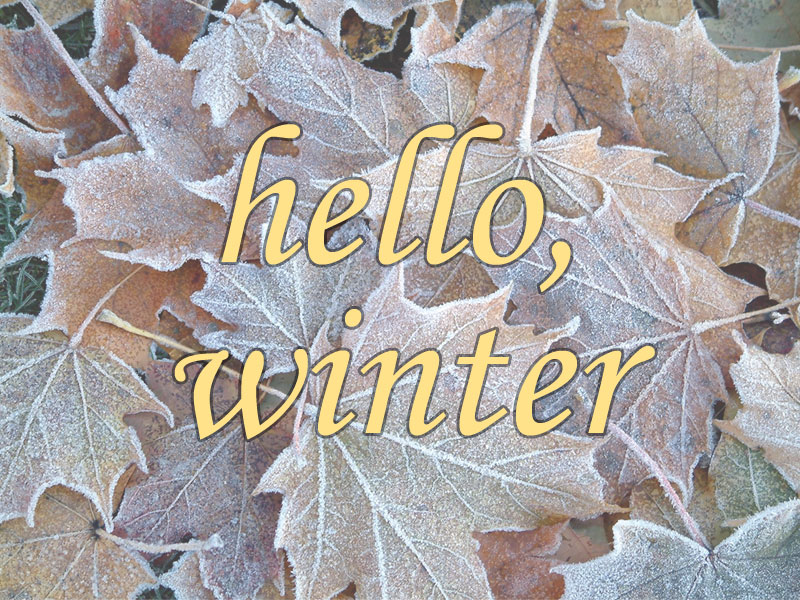 AURORA WINTER FESTIVAL
On Now to January 5
Just in time for the festive season, the Canadian National Exhibition (CNE) is transforming the Ontario Place West Island into a spectacular celebration of light and adventure as the 2019 Aurora Winter Festival comes to life for a second consecutive year. This magical winter wonderland features four distinct worlds for guests to explore, as well as enchanting characters, stunning light installations, fabulous food experiences, marketplaces, amusement rides and more! For tickets and more info visit aurorawinterfestival.com.

THE WARD CABARET
December 12 to 22
Experience the songs and stories of Toronto’s “Lower East Side”! The Ward Cabaret reimagines the vibrant sounds of Toronto’s first cross-cultural community, which was “crowded, dirty, dangerous… and full of life!” Grammy-nominated musician and producer David Buchbinder is joined by a collaborative team of award-winning musicians, singers and actors for the first full production based on the inspiring book “The Ward: The Life and Loss of Toronto’s First Immigrant Neighbourhood,” published by Coach House Books. The Ward Cabaret is produced in partnership with Harbourfront Centre and Small World Music Society. Location: Harbourfront Centre Theatre. For tickets visit harbourfrontcentre.com or call 416-973-4000.

TORONTO INTERNATIONAL BALLET THEATRE’S THE NUTCRACKER
December 14
The New Classical is the “Official Radio Sponsor” of  “Toronto International Ballet Theatre’s The Nutcracker” at Meridian Hall (formerly The Sony Centre) on Saturday December 14 at 2 pm and 7 pm.  The Guest Artists are principle dancers from world-renowned Bolshoi Ballet in Moscow.  Don’t miss this family Holiday Classic. For tickets visit The Meridian Hall Box Office or go to meridianhall.com or torontoballet.ca.

THE TENORS “WONDER OF CHRISTMAS” TOUR
December 22
The Tenors, Clifton, Fraser, and Victor, have been thrilling audiences around the world with their powerful songs, outstanding harmonies, and undeniable charm. Blending classical music and contemporary pop, the award winning and multiplatinum selling band have achieved international success, performing over 1000 live shows and hundreds of TV appearances on five continents. The Tenors make their first Brantford appearance to celebrate a century of applause on the 100th anniversary of the Temple Theatre’s opening night. For tickets call 1.800.265.0710 or 519.758.8090 or visit http://www.sandersoncentre.ca/. VENUE: The Sanderson Centre for the Performing Arts.

SHEN YUN 2020
January 8 to 12 & March 24 to 29
The New Classical FM is the official radio sponsor of the all-new “Shen Yun 2020″ at TWO DATES AND LOCATIONS: The Living Arts Centre in Mississauga on January 8 to 12 and the Four Seasons Centre in Toronto from March 24 to 29. Shen Yun is an unmatched theatrical experience that takes you on a journey to discover 5,000 years of wisdom, beauty, drama and humour live on stage with a full orchestra. For tickets go to shenyun.com

SOULPEPPER PRESENTS MOTHER’S DAUGHTER
January 14 to February 9
Keep your enemies close, and your family closer. The Tudor throne is empty, and three would-be Queens contend for the crown. Sisters turn against each other in a deadly struggle that threatens to tear the country apart. With Hennig’s trademark style and wit, the story of ‘Bloody Mary’ becomes a thrilling contemporary exploration of women and power. For tickets and more info visit: https://www.soulpepper.ca/performances/mother-s-daughter/7617

SHOW ONE PRODUCTIONS PRESENTS LUCAS DEBARGUE
January 16
Show One presents the Toronto recital debut of Lucas Debargue, the French pianist who made the music world sit up in 2015 at the XV International Tchaikovsky Competition. A Montreal performance takes place January 19. Although he placed fourth at the Tchaikovsky Competition, Debargue was chosen unanimously from all the candidates to receive the coveted Moscow Music Critics’ Prize. He became the first official winner of the award, given an artist whose “incredible gift, artistic vision, and creative freedom have impressed the critics as well as the audience.” The concert takes place Thursday, January 16, 2020, 8 p.m. at Koerner Hall, 273 Bloor Street W. Tickets, $45-90, are available via www.ShowOneProductions.ca; or from the Koerner Hall Box Office in person, by phone at 416-408-0208 or at www.rcmusic.ca.

THE BARBER OF SEVILLE
January 19 to February 7
What makes The Barber of Seville so special? From the spritzy build-up of its famous overture to that infectious ‘Figaro here, Figaro there’ aria (“Largo al factotum”), The Barber of Seville is chock-full of catchy music you already know from movies, cartoons, and more. Four Seasons Centre for the Performing Arts. For tickets and more info visit: https://www.coc.ca

JESUS HOPPED THE “A” TRAIN
January 23 to February 19
When justice locks you up, what sets you free? Gripping from start to finish, two notorious men await trial for murder, only to discover justice and goodness where it is least expected. Pulitzer Prize-winner Stephen Adly Guirgis delivers an uncompromising drama about contradiction, contrition, and hypocrisy. For tickets and more info visit: https://www.soulpepper.ca/performances/jesus-hopped-the-a-train/7621.

IL VOLO
January 28
In celebration of their 10-year anniversary, Il Volo will embark on a world tour! Don’t miss them at Meridian Hall (formerly the Sony Centre) in Toronto on January 28. For tickets and more info visit: https://www1.ticketmaster.ca.

THE MOZART EFFECT: LIVE!
January 31
The New Classical FM presents the Toronto premiere of THE MOZART EFFECT: LIVE! on January 31, 2020 at 8:00pm at Meridian Hall (formerly the Sony Centre). Based on the genius of Wolfgang Amadeus Mozart and featuring his most popular works, The Mozart Effect: Live!™ takes the presentation of the live symphony orchestra to an entirely new place. Performed by the 40 piece Ontario Philharmonic symphony orchestra accompanied by high definition large format immersive video and visual effects, The Mozart Effect: Live!™ is curated to stimulate the senses, inspire, and engage the deepest corners of the human psyche. CLICK HERE for tickets and more info.

TAKACS QUARTET
February 23
The Royal Conservatory presents Takács Quartet. The New York Times has lauded the ensemble for “revealing the familiar as unfamiliar, making the most traditional of works feel radical once more.” Works by Beethoven, Bartók, and Fanny Mendelssohn-Hensel. Part of The Conservatory’s Beethoven 250 Festival. At Koerner Hall. Tickets: 416.408.0208 www.rcmusic.com/performance

TIFF CINEMATHEQUE
On Now
The New Classical FM is the Official Media Partner of TIFF’s “Cinematheque” programme. This year-round programme at the TIFF Bell Lightbox is devoted to film classics and favourites, rarities and recent restorations. Each season “Cinematheque” features curated retrospectives, national and regional spotlights, experimental and avant-garde cinema and in-cinema conversations and special guests. For tickets and info go to tiff.net.

THE NEW CLASSICAL FM PET OF THE WEEK
We’re proud sponsors of The Toronto Humane Society and each week we highlight a different pet who is in need of finding it’s “forever home.” Check our website every Monday for each weeks updated pet or learn more about the adoption process by visiting torontohumanesociety.com.